Four Wheel Drive & What's it all About? 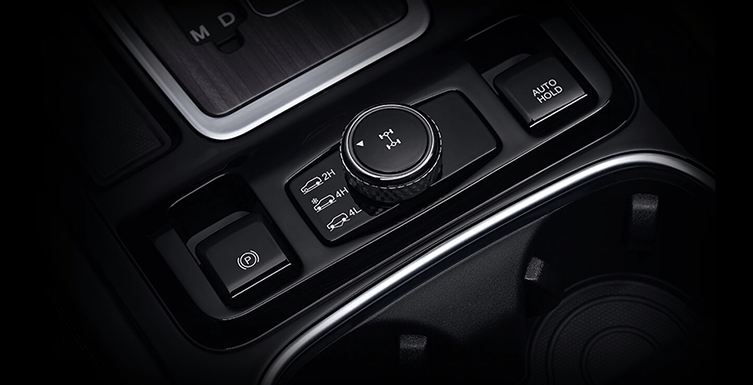 The four-wheel drive, or 4WD, has gained a lot of popularity in India over the last few years. So what is the fuss all about? Let's find out.

4WD is a feature in which the engine’s power is transmitted to all four wheels. In two-wheel drive systems, power is only supplied to one set of wheels & either the two in front or the two at the rear. The transmitted power is controlled by an onboard computer, which calculates the traction needed for every wheel, and diverts power accordingly. This betters handling and control over the vehicle immensely.

While the earliest 4WD SUVs were created for driving through rocky, muddy or other difficult terrains, today’s electronically controlled 4WD systems ensure that the vehicle has improved traction on almost all surfaces (asphalt and paved roads included). With 4WD, your SUV adapts to every situation irrespective of the terrain that the vehicle is being driven on. Whether you’re planning a weekend getaway to Lonavala or a cross-country trip to Manali, vehicle control is one thing that you would never have to worry about.

Mahindra vehicles like the Scorpio 4WD and the XUV500 4WD are popular off-road vehicles, and you’ll find them navigating the snow-covered winter routes of the Himalayas and wet muddy patches in the Western Ghats with equal ease. The system described above is known as a shift-on-fly 4WD, which is a computer controlled system that allows vehicles to shift in and out of 4WD mode automatically, even when the vehicle is in motion.

However, there are vehicles that use a mechanical lever to shift to 4WD. This type of system is known as a Lever Type 4WD system. To employ this system, though, one must first bring the vehicle to a halt. The Mahindra Thar is one of the most popularSU known to employ this. This system is ideal for serious off-road enthusiasts, because it gives you a lot more control over the vehicle. While we often associate traction and power with 4WD vehicles, we also tend to see these vehicles as expensive and inaccessible. However, with Mahindra’s fleet of hi-tech, reliable, and affordable SUVs, this has changed significantly. It’s no surprise that the Indian off-roading scene is witnessing such an upsurge in popularity.